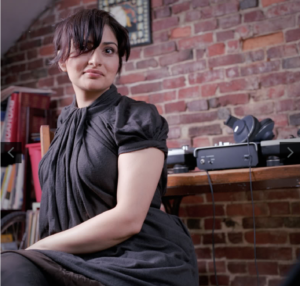 Geeta Dayal is a prolific journalist and critic, writing on experimental music, art, technology, and culture.

She has written thousands of articles and reviews over the last two decades for major publications including The Guardian, Wired, The Boston Globe, Frieze, Slate, Rolling Stone, The New York Times, and the Wire.

She wrote a critically acclaimed book on Brian Eno, Another Green World, which was published by Bloomsbury. Her essays on music also appear in anthologies published by Oxford University Press, Faber & Faber, Simon & Schuster, Da Capo, Zer0, and more. A new book, a collection of writings on music, will be published in the fall of 2020.

She speaks often at museums, universities, and festivals worldwide, and has taught several university courses. She has two undergraduate degrees from MIT (2001), and a master’s degree from Columbia (2003).

If you are interested in supporting her writing, you can do so directly through Patreon.